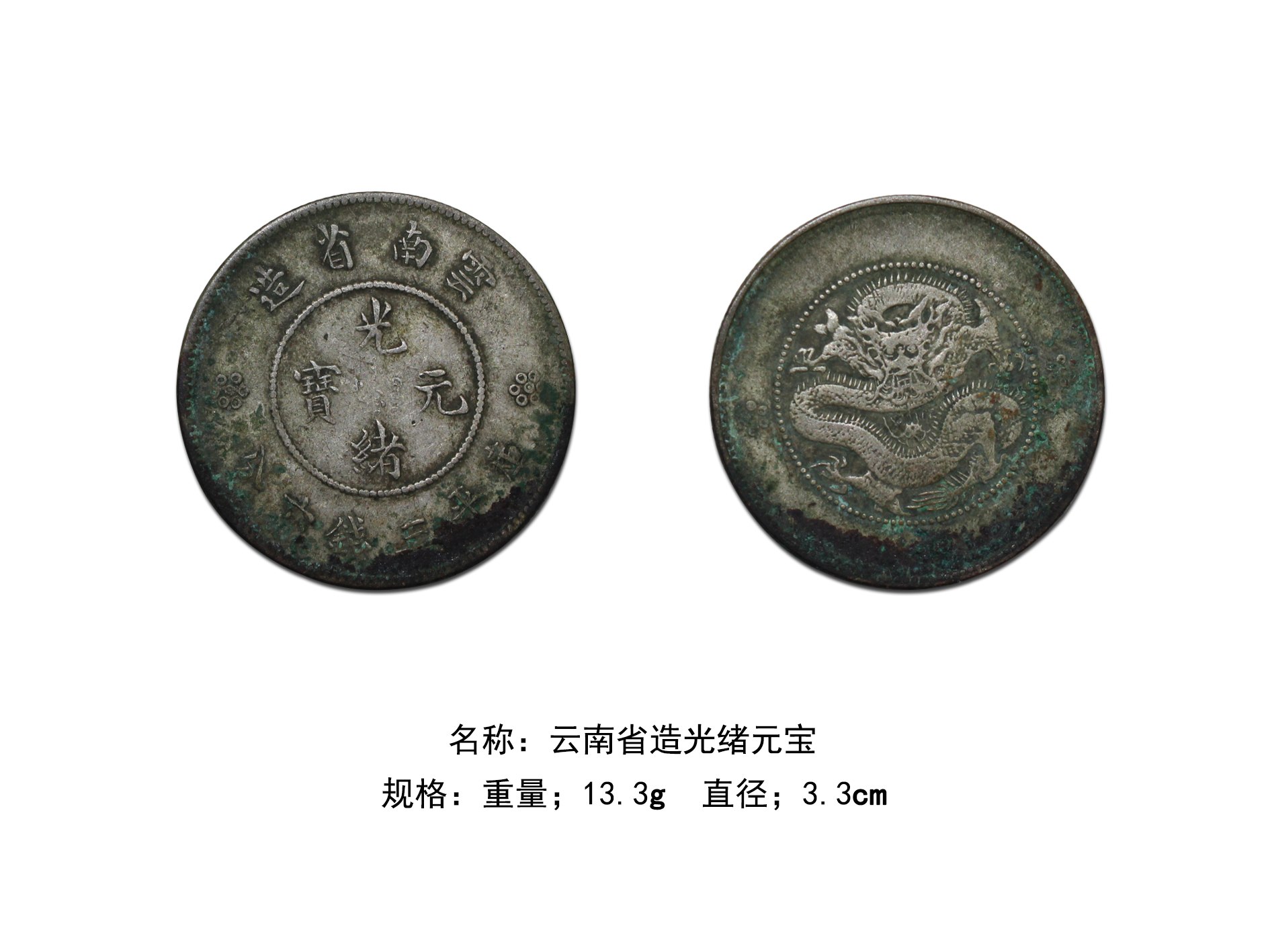 Guangxu Yuanbao made in Yunnan Province, commonly known as "Yunnan Long Yang", is named after the dragon pattern cast on the back of silver dollar. This six-point coin made in Yunnan Province, Guangxu Yuanbao Kuping San Qian, is bounded by beads on the front and can be divided into two parts: inner and outer. The word "Guangxu Yuanbao" is cast in the coin bead circle, the word "Made in Yunnan Province" is on the upper ring, and the lower ring is "Kuping San Qian Six Points". The left and right ends are decorated with six-point stars, the font is dignified and delicate, and the strokes are round and full; On the back of the coin is a picture of a panlong, which is a bearded dragon. The lines are carved by a knife, and the dragon body has exquisite lines. Since the Qing Dynasty, many wars have been experienced, causing serious losses to Guangxu Yuanbao with dragon pattern. Up to now, the number of Yuanbao has been extremely limited, so it has an indescribable artistic collection value.

The inner ring on the back of the coin is engraved with the dragon totem, which is exquisitely carved. There are seven small circles on the left and right sides for ornament, and there are no English letters. Under the light emitting a faint silver light, with a king's noble gas. For thousands of years, the dragon, as a symbol of the Chinese nation, has been worshipped by the descendants of hundreds of millions of dragons. The image of dragon has become an important element of traditional decoration in China, which has left a lasting shape on many buildings and objects since ancient times. One of the reasons why collectors like Guangxu Yuanbao silver coins is that dragons are found on coins as a symbol of wealth.

As the last important peasant uprising regime coinage in Chinese history, its historical value and preciousness have been recognized by the market for a long time, and it is sought after by many coin collectors. The market investment prospect is very promising. This Guangxu Yuanbao made in Yunnan Province is six points from San Qian, with exquisite shape and delicate appearance. It combines historical and cultural value, artistic value and collection value, and is worth collecting!